Today I present you Aleander James watch company! It is a small microbrand created by one guy who goes by the same name. Alexander James actually started with modding Seiko watches and selling them. From the first look, it looks like another regular microbrand company releasing pretty simple looking diver. But it has one special thing that attracted me about one particular model they have. And the model is with the white snowflake dial! I haven’t seen a watch outside from the Grand Seiko and Seiko with such a great dial, and especially on a dive watch and for such a great price!

Right now they are live on Kickstarter! In writing this article they have 11 days to go and now they have 52 backers who pledged 14400$ from the 20000$ needed to get this project live! And I hope it gets backed as I want to see one of their production models in flesh!

They have three models with black granulated texture, grey sunburst and white snowflake dials. The watches also have nice specs: NH35 automatic movement, double domed sapphire crystal, BGW9 lume, 120 click coin edged bezel, nice 40mm diameter, solid bracelet and a screw down crown. The prices for the watches start at 300$ to 325 at Kickstarter! The retail price is 350$ which is pretty cheap if you ask me and without seeing it, I think this could be the best affordable diver of the year 2019!

So let’s talk to the founder of the company:

1. Introduce yourself
2. What started your watch passion?

I actually go by AJ. It stands for Alexander James, and when I wanted to start a watch company, I thought my full name sounded pretty good for one :). I’m actually a software consultant by day, but always had a knack for creativity. I used to draw and mess around on photoshop when I was younger, so my watch journey kind of started with me just messing around with watches. After graduating university and getting a job, I thought it was time to get myself a watch. I had some cheap Fossils when I was younger, but wanted to find something new. I ended up buying some Nixon that I wasn’t happy with, so decided to do a little more research. Eventually, I thought that I’d like to design my own watch and go from there. I started by just designing some dials on Adobe Illustrator, but when doing all this research, I eventually stumbled upon the Seiko modding community. I saw that what I drew up really was simple and resembled some of the Sinn homages people were making. I knew I wouldn’t get it perfect on my first try, so I bought 3 dials and 3 sets of hands and started my modding journey. After finishing one I was happy with, I started browsing more parts and assembling more watches. While going down that rabbit hole of modding, I started browsing various watch forums and fell in love with the Z-Blue Milgauss, and so logically decided to mod a Seiko to look similar. To my disappointment, there weren’t really any parts that resembled it, and that’s when I decided to roll the dice and start manufacturing Seiko Mod parts myself. It was actually a pretty big risk for me, as the initial costs are quite expensive and I had just bought a condo in Chicago! Thankfully, my mod and my parts were well received.  I’m sure you’ve seen my “Nilgauss” mod on Instagram, and it ended up being a pretty popular post on Reddit! From there, I started assembling a number of different models and started to have more parts produced. As time started becoming a little more hard to come by, I thought it would make sense to start having full production runs of some of my popular models. You’ll see this in the VH31 mecha-quartz Sinn homage that I started producing last year.

3. What makes a good wristwatch to you?

I think that simply quality parts and assembly make a good watch. Obviously, movements are important, but people get too caught up in quartz vs automatic, bph, etc. I think that a well-executed watch is one that includes well thought out design and precision in parts. Coming from the Seiko Mod world, I am very particular about the perfection and alignment of dials. Then, if you have people dedicated to precision while assembling, you’ll get s great watch! People have different price points and ranges of affordability, so I don’t get too hung up on movements once you make sure you use something reliable with a track record which can include very affordable movements like Seiko and Miyota ones.

4. What watches do you have in your personal collection? And maybe you could list them or tell an interesting story about one particular one?

I actually don’t have a ton outside of my Seiko mods and some stock Seikos (SNK805 and SKX007). The SNK805 was actually originally going to be a watch I modded, but loved the green so much that I kept it as is. That shade of green actually leads me to make a green Sinn style dial! My collection currently includes those 2, my original Nilgauss mod, a Black Bay style mod, my black PVD Pilot mecha-quartz, and a couple of my prototypes. The oldest watch that I still own is actually an Oakley Blade quartz watch. Yes, I know, a fashion watch. But, I bought it during my first year at university on a deal site. I actually bought 3 of them and sold 2 on eBay. The profits from the 2 paid for the 3rd one, which I kept for myself. Maybe that was really my start in the watch business haha. I’ve kept it because it still looks cool in my opinion, and was really my first “expensive” watch (even though I now realize it’s probably overpriced for what it is).

5. Who is your ideal customer?

My ideal customer is simply an educated customer. This is basically your typical watch enthusiast. I think people in the watch community are very friendly and reasonable. I haven’t really had much of an issue with customers in the 5 or so years I’ve been in business. The only folks I have some issue with are those new to the watch world. I post my watches on Etsy as well, so the most common question I get is around lume and why it isn’t the same as glow in the dark, but after educating them, things always resolve on a pleasant manner. My target maker really is the watch enthusiast though, and my goal, like many other microbrands, is to provide good value.

6. Tell about what you like to do outside of watches. Where do you find inspiration for your work?

Since I still have a day job, there isn’t a whole bunch of time for me to do too much outside of watches.  I typically find myself doing something active after the typical workday, so I’ll be at the gym lifting weights or playing in a recreational sports league (basketball and volleyball).  I just finished up a volleyball league.  And thankfully it is over because I tore a tendon in my pinky finger (don’t worry, it doesn’t effect watch assembly).  I also enjoy generally making things.  I recently took up sewing and made myself a watch roll!

7. How do you see your watch brand in the future?

I hope to just expand the watch brand slowly over the coming years.  I’ve had some success with mod parts, mod assembly, and some smaller watch runs. The Kickstarter is really the next logical step with a larger watch run.  However,  as you’ll notice from my Kickstarter description, coming from the mod parts world, I really focused on the dials for this release.  The next step for me is to create some in house dials, which I’ve wanted to do for years.  So, I hope at the very least, I can start making my own dials in house within the next year or two, and the ultimate goal is to produce dials, hands, and cases in house.  Thankfully, my dad is a machinist by trade, and can help me with setting up machinery and tolerances whenever I’m able to afford the equipment.  I wouldn’t expect anything too crazy ins 2019, but 2020 is certainly a possibility. 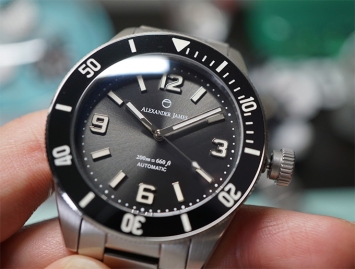 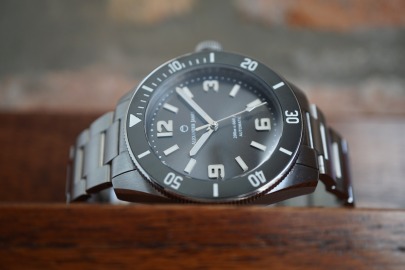 8. What was the hardest part of creating a microbrand watch company?

I think the hardest part of creating and maintaining a microbrand is balance.  Like many watch enthusiasts there are just so many ideas for watches in your head.  While you might have some crazy and innovative ideas, you also need to realize that in order for your brand to survive, you need to make watches that people will buy.  I think the key is to move slowly and to carefully consider your release plans.  You might have 10 watch ideas, but you need to start with the one you’re most confident in selling, and not necessarily the one that you love the most.  You need to realize that the watch designs you love are not necessarily for everyone, and as that gets further and further away from the watch styles that are popular, the more work you’ll need to do in order to make that watch a successful in the market.

9. Any suggestions to someone who wants to make their own microbrand watch company?

I would say that you really need to consider the reasons why you want to start a microbrand.  I think many of us are passionate about watches and want to bring something new to the market, whether it be an affordable version of XYZ or something completely radical.  You really need to have watch concepts in place before you start the brand. In my personal example, my microbrand really started with that “Nilgauss” mod. I wanted to provide an affordable watch that resembled that Z-Blue Milgauss that I wanted, and couldn’t find anything like it.  I produced the parts, made the mod, and then people ended up wanting them, so I started assembling a bunch of them and it’s been history ever since!  I’ll also say that you definitely want to start things off the right way from the get-go, so make sure you get yourself a business license and hire an accountant if you don’t know what you’re doing! 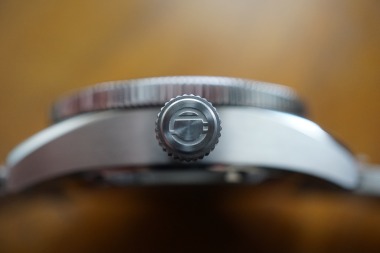