When it comes to homage watches, especially this year, seems that it is a controversial topic to talk about, I won’t mention which company did what, but my readers probably know what I’m talking about. Any case the story of this watch starts when one day two years ago I was browsing the FB group “Horology Talk” and noticed a Bagelsport (Nautilus homage) and everybody somehow were fine with that watch, even guys who had the real deal and even half a million of dollars worth watch bought them an showed it off in the group and funny thing is that the watch was going for 50$ or something like that. And since that, I wanted to buy it for the review, but after some time I forgot about it until I found a different brand making the same design watch called Paulareis. I checked out their website, reached out to them and they sent me the Nautilus homage called Medusa and one other watch that will get its own review article in a week since this article.

Paulareis is a pretty well-known company for making cheap homage watches and they have been around for some time. They make everything from Rolex, AP Royal Oak and even Concept watches to Hublot homages. They are also known for making watches that are breaking after a couple of weeks or months, at least that’s what I’ve read in forums and on the internet. But I’m here to test them if they are good or not! 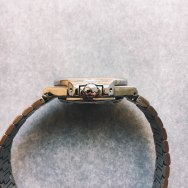 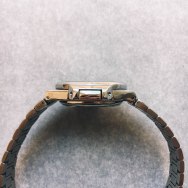 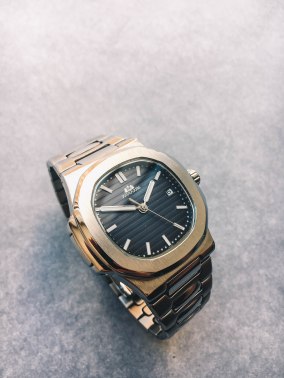 Mine came with no box as they were provided by the company for review purposes, but I can assure that there is a box, but I can’t say it would be big or made of wood considering the price. Anycase the first impressions were pretty good. The watch looks pretty good and I like that they are keeping the proportions of the original. The only thing I noticed that the brushed surfaces are very poorly finished, but again, what can you expect for that price, right? The other thing was when I sized the bracelet, it was really hard to do. I have all the right tools for the job, but it was a 30min job just to take a couple of links and put it all back together. 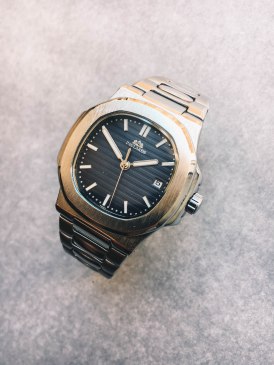 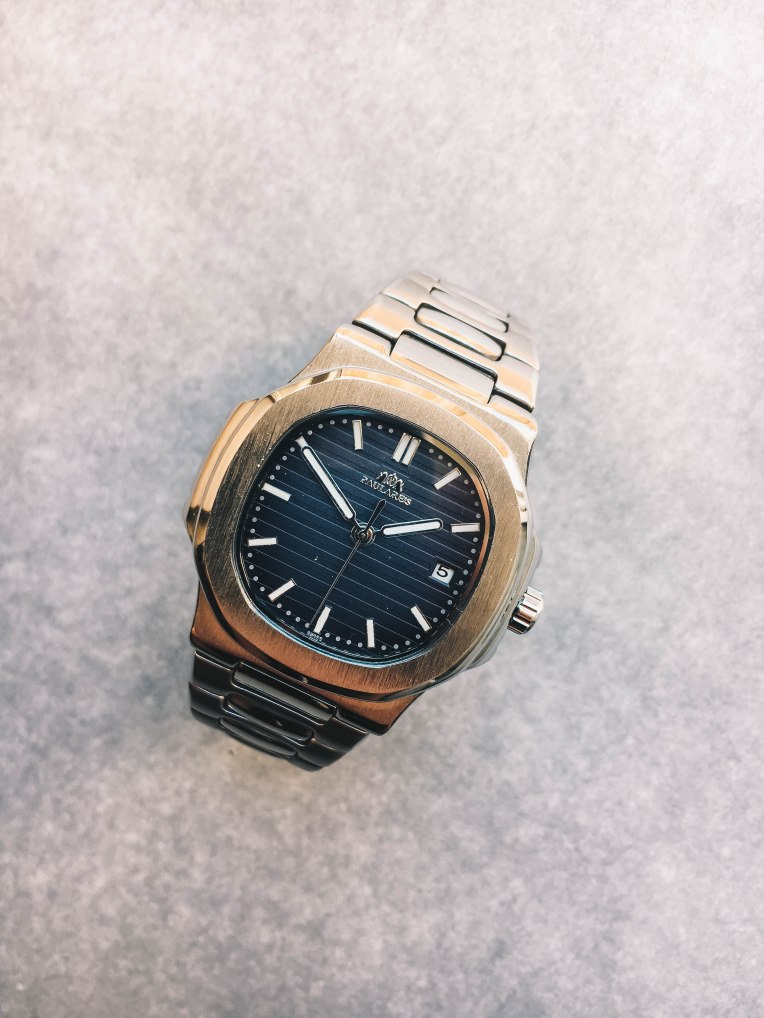 The case of the Medusa is made of stainless steel, but it feels that it isn’t 316L, but a lower grade. The case has a decent machine work, but has some rough areas. The finishing work is also 50/50, the polishing is good, but the brushing is too rough and isn’t straight. The case has the same porthole design as the original and the case top portion with the porthole and hardlex crystal is removable and I guess you can access the dial from the top. The case is 42mm wide, 44mm in length and 12mm in thickness. The watch actually wears pretty well. I have tried on the Patek and of course, you can’t compare it to this, but proportions wise it’s the same. On the right side at 3 o’clock we have the push-pull crown with some decent crown guards. The screw-in exhibition case back features I think the same hardlex crystal. There aren’t any writing n the case back or anywhere else other than the dial, which is interesting as usually, these type of companies slap their name everywhere where they can. The water resistance sadly isn’t big, just 30m (3atm) which isn’t good for anything, I wouldn’t even risk washing hands with it on. 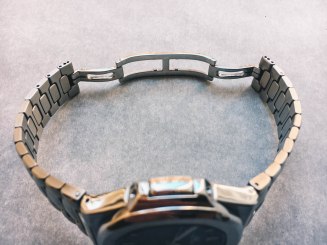 The dial of the Medusa is made in the same fashion as the original with those horizontal lines. The dial is in blue colour which gets darker on the edges, kind of a vignette effect. The applied hour indices are polished in silver colour and filled with lume. The lume is really bad, but I think for those who get these, it doesn’t even bother. The lume probably lasts for 10 minutes. The date window is at 3 o’clock and it has a white date wheel which is ok at this price, but I would love if they framed it in silver colour to match the indices. The hour an minute hands look just like the original ones. They are polished with lume in the middle. The stick-shaped second’s hand is polished. At 12 o’clock we have the Paulareis logo applied on the dial. Of course, the dial isn’t perfect, I guess the QC at the factory they are made is pretty low as there are some specks of dust on the dial and the applied indices and logo aren’t perfectly straight. 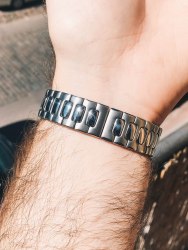 When it comes to movement, I couldn’t find any info on it. I checked every forum and youtube, but no one could tell the movement manufacturer. Of course, all we know is that it is made in China for sure. The movement has no decoration, but at least Paulareis tried to make it look better by putting on a custom rotor in rose gold colour with some engraving and Paulareis logo. The movement isn’t the best when it comes to precision as it has a very bad amplitude and it gains +30 to +33 seconds a day. Maybe if I took it to my watchmaker he could get maybe +15 seconds a day, but I just think it’s not worth it.

The bracelet is pretty decent, it has solid links and a decent butterfly clasp too. The bracelet is held together with push pins which are a bit too hard to push out. It probably took me about 30min to get off a couple of links. But after that the watch wears pretty great, it holds up even to my Dietrich when it comes to daily comfort. All the links except the middle ones are brushed, the middles ones are polished and the finishing on the bracelet is pretty good. I also was surprised that you get a lot of bracelet with the watch, even a big guy could get it on his wrist. On the website, it says that the bracelet length is 21cm.

Overall the watch isn’t, of course, holding up to the Patek, but it has its own charm. Yes, it hs some flaws and all that, but it is a fun watch. Even guys who have original ones, enjoy these ones! This isn’t a good watch if you are looking for a homage, but it is a good watch to wear as your beater while your Nautilus sits in the watch box. Can I suggest buying it? Well it depends on you, for the money, there are better options like Seiko 5 or even the Vostok Amphibia, but those are on most watch enthusiasts wrists, but this one won’t be. Plus I would buy it, as it isn’t a lot of money even if it breaks or something.