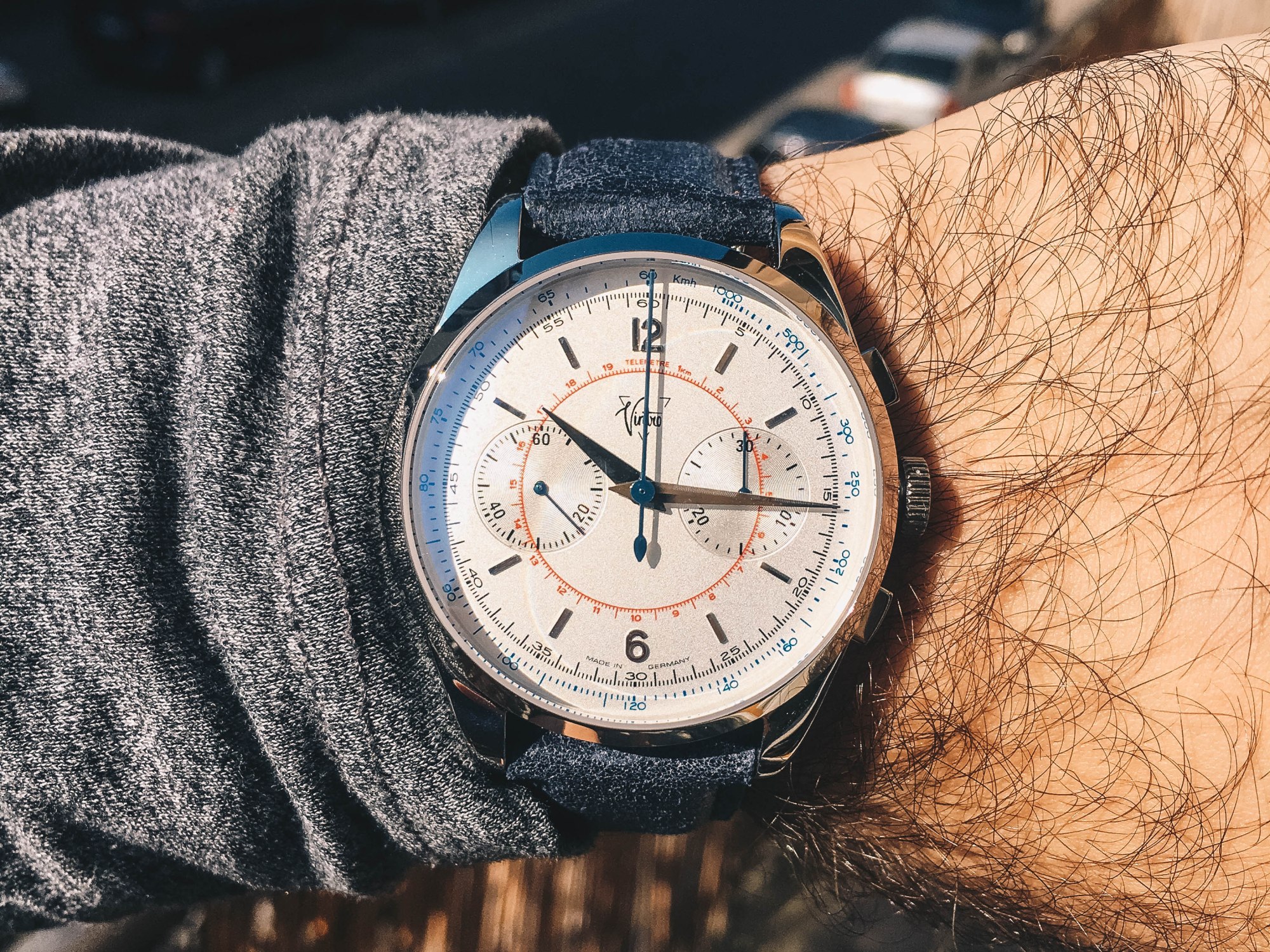 A couple of days ago I wrote the review for the Comet Chronograph which was the 1940s inspired chronograph, but today I’m gonna write about another chronograph which was inspired by the chronographs of the 1950s. The company we are gonna talk about today is Vintro. They are a small German brand who actually makes their watches in Germany! In Vintro team, there are 3 people: Uli, who is the main man behind the brand, Susanne who is Uli’s sister and is the designer and her friend Udo who is a watch enthusiast himself!

Back in June this year (2019) they released their Kickstarter project for their watch collection Le Mans which got funded by 77 backers who pledged €23,316 to help bring this project to life. Their whole collection is split in two watch groups: quartz and automatic, but watches from design, case and everything are the same. The quartz movement that they use is Seiko VK64A and for the automatic’s they use Sea-Gull ST1940. Each watch group has three colourways: stainless steel, yellow gold and rose gold cases. Also, each group has black, cream and white colour dials. Each colourway is limited to 500 watches, so when they are gone, they are gone for good!

Vintro sent me one of their automatic watches with a stainless steel case and white dial. This review is a bit late, but it gave me more time to spend with the watch and to know it better! The Vintro Le Mans 1952 Automatic came in a very nice leather-wrapped box signed with Vintro logo on top. Inside you will find the watch and an extra nato strap. Also thanks to Uli for attaching a nice card for me 🙂 The first impressions were good! It looks like this year microbrands are concentrating more on Chronographs, at least I see it that way and I like that. As I said in the Comet Chronograph review, I always wondered why companies didn’t deliver chronograph designs from the 40s and 50s as those were the golden days of those watches! But Vintro delivered and they delivered a pretty well made and designed watch, I really like that they have both quartz and automatic so people who buy can choose which one suits more to their budget and taste! 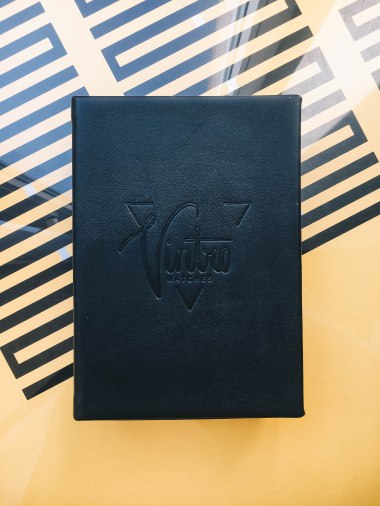 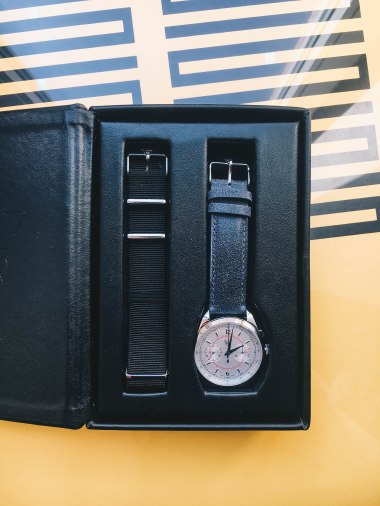 The case of Le Mans Chronograph is made of 316L Stainless steel. The machine work is pretty good without any defects. The case has nice smooth surfaces and sharp lines. The finishing all over the case is polished. The polishing is also done very well and can’t see any problems there. The case has round shape with nice short lugs, nothing over-engineered, just simple, straight-forward design! The case diameter is 40mm, the thickness is 16mm and the lug to lug distance is 48mm. The proportions, in my opinion, are perfect, it isn’t too small or too big and as I have said previously in other reviews it seems that the trend of bigger watches is going away and the trend of smaller 38-40mm watches is coming back as more and more micro brands do it now! At 3 o’clock we have a push-pull crown signed with elements from the Vintro logo. The crown is well sized so it isn’t too big to mess with the design and not too small so you can grip it! The winding action is really smooth and feels very well! At 2 and 4 o’clock we have rectangular pushers for the chronograph start/stop/reset functions. I really like these rectangular pushers and I hate when companies put pump pushers on their watches. The actions on the pushers are really good, I like how “clicky” they are, the Sea-Gull movement does its job well! The screw-in exhibition case back is accompanied by a flat sapphire crystal. Around the crystal you have some engravings of specifications and which limited edition out of 500 you got, mine is 54. On top of the watch, we have a domed sapphire crystal with AR coating applied from the inside. 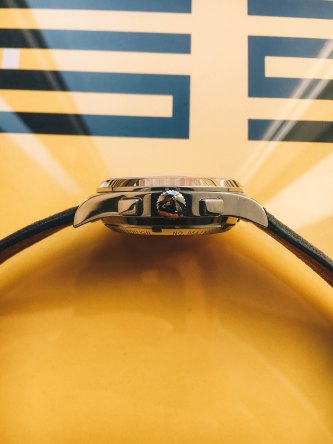 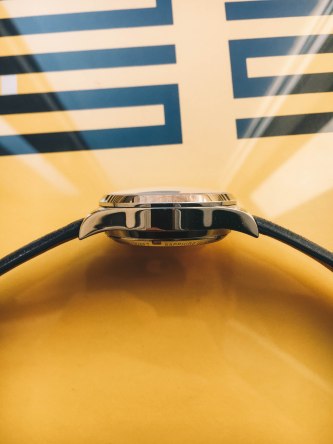 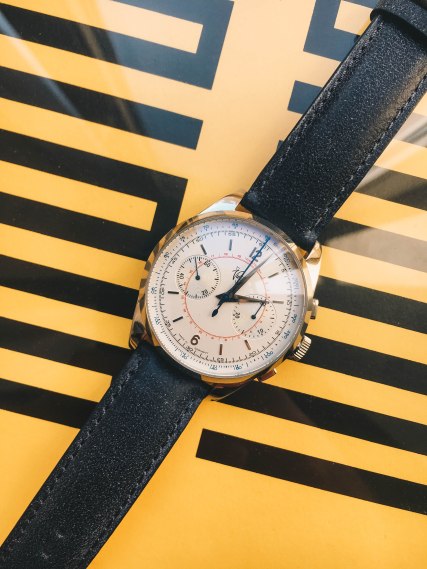 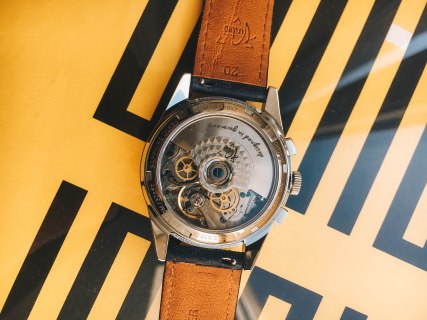 The dial of mine example is in white colour with red, black and blue printing. The dial is matte and has this kind of metallic glow in the sun. Around the dial we have the tachymeter scale in blue colour. The minute track is in black colour and in the middle we have the telemeter scale in red which overlaps the subdials at 9 and 3 o’clock. The indexes are applied in polished finishing. The subdials have circular texture. The subdial at 9 o’clock is small seconds and the subdial at 3 o’clock is a 30 minute counter. At 12 o’clock we have the Vintro logo and down at the bottom we have writing “Made in Germany”, this was actually one of their goals on Kickstarter that would’ve unlocked at 75k euro, but they decided to unlock it anyways even when they didn’t reach the goal. It is nice to see this on the dial, although the movement isn’t made in Germany, but I think nothing on this watch is made in Germany, but rather in China or somewhere there and just assembled in Germany. It isn’t anything bad or new as many big companies do this and you would be surprised about a lot of names actually who do this. The dauphine hands are polished and nicely fit the overall dial design. I also liked that they added a blue second’s hand. 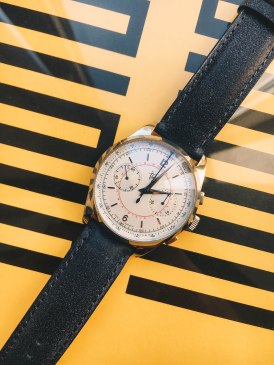 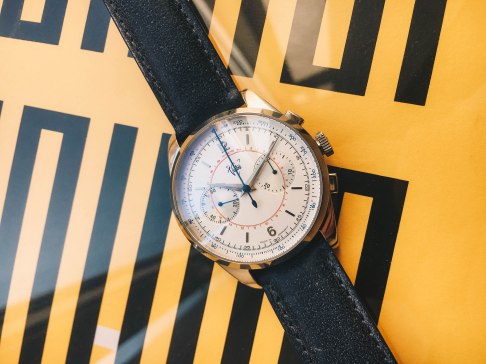 The movement inside the Vintro Le Mans chronograph is the ST1940. I actually have written a very big article about the ST19 movement that Sea-Gull makes and it is a very interesting one, so go read it here. The ST19 movement is basically a Venus 175 which is a column-wheel chronograph and Venus sold their machinery and designs to Sea-Gull, so it isn’t a copy or something, it is basically the same Venus 175 movement, just made in a different country. These movements are very widely used watches nowadays and Sea-Gull have a ton of watch models with these movements in different variations and micro brands have been using them too since they came out as they are pretty robust and I haven’t heard a lot of stories of them breaking! This ST1940 movement is special, because it has a rotor which makes it automatic. Well ST19 at first wasn’t automatic, but was a hand-wound movement, but Sea-Gull modified it and made it automatic. The movement beats at 21,600 bph and it has that very distinctive tick that I haven’t seen on any other chronograph movement. The power reserve is 36 hours. Anycase, this is a very nice movement! 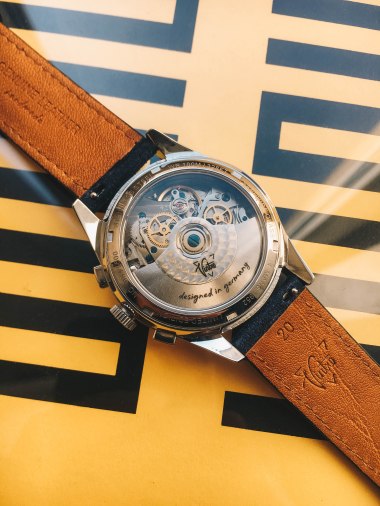 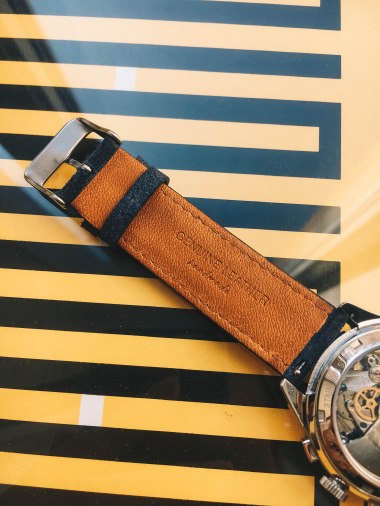 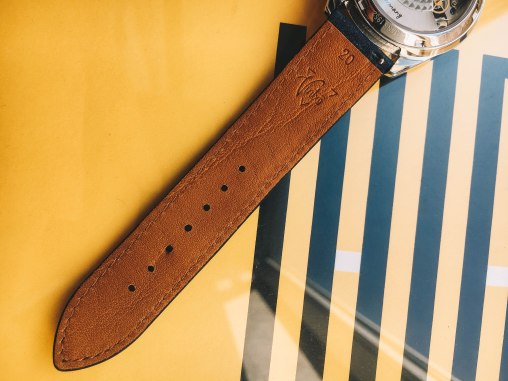 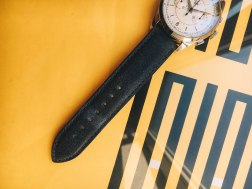 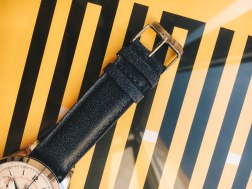 Mine example came with a dark blue leather strap, but Vintro has 5 more colour options to choose from. The leather is buttery smooth, it seems that every brand that is out of Germany delivers only the best leather straps available as this one is really well-made strap. All the blue stitching is done nicely with no loose threads. The underside is lined with brown leather and is signed with the Vintro logo. Also, each strap is hand made, it also states that on the underside. The strap width is 20mm so if want something different there are plenty of straps to choose from any other strap maker. Each leather strap from Vintro has the built-in quick release spring bars which make strap change super fast and easy! The buckle is just a regular stainless steel tang style buckle with polished finishing and Vintro logo etched on top. The second strap is a nato and it is nice that they added this one to the package, you can never have too many straps! The nato is just a regular nato strap, nothing special, it does its job well. 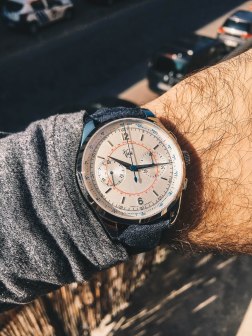 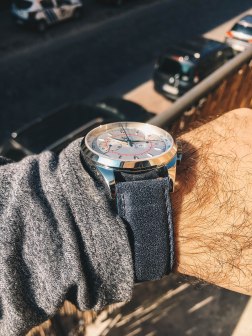 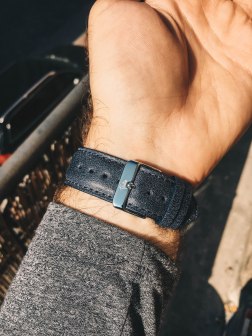 Overall the watch is amazing! I really love what Vintro did with their first collection and can’t wait what they will do in the future! The Le Mans automatic version has a lot to offer with the nice design of the dial, automatic Sea-Gull Chronograph movement, sapphire on both sides, nice leather strap, 40mm case size and nice overall package! The Automatic version is 599€, but right now they have 20% off all watches so it’s 479€ at the writing of this article! And the quartz one is 249€, but right now it is going for 199€! If you want a vintage-inspired chronograph, I highly would consider this one!