Today we are taking at a watch complication that hasn’t been featured on my website here for more than  years, and that is a 24-hour watch, last time it was just when I started KaminskyBlog with a Botta design 24h watch from Germany, but today we have one from a small microbrand from Australia called Jacopo Dondi! Watches with a 24-hour analog dial have an hour hand that makes one complete revolution, 360°, in a day (24 hours per revolution). I actually really like 24h dial watches, I just don’t have one as I like when things are practical, and this one isn’t as your can only tell time precisely by each 15min of each hour and there is no seconds hand to help you too. But these watches aren’t meant to tell time precisely anyways. These watches are weared mostly by military, pilots or scientists. The 24h analog dial became popular I think when Russians made it into their watches back in the 1970s and they were mainly used on missions to Arctic Circle, military and some Pilots used them too. But today 24h dial watches are mostly conversation starters or weekend watches where you don’t look at the time, I also could say it is a semi-dress watch as dress watch is a watch without a seconds hand as it isn’t polite as Hodinkee said. Anyways let’s do the review!

The Jacopo Dondi sent us the white dial version with a silver case and dark blue leather strap. They have a ton of versions in a different case, dial and strap colours. I think this could be their most popular version from the bunch. The watch came in a black rectangular box. Everything is made very simple, nothing special and I like it, all the attention is focused on the watch! The first impressions were that it is a pretty big a thick watch. It is 42mm in diameter, but it actually feels like a 43-44mm watch. But from the first sight, it looks like a well-built watch! 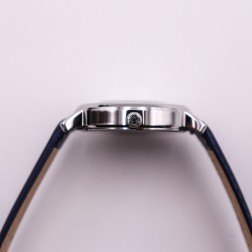 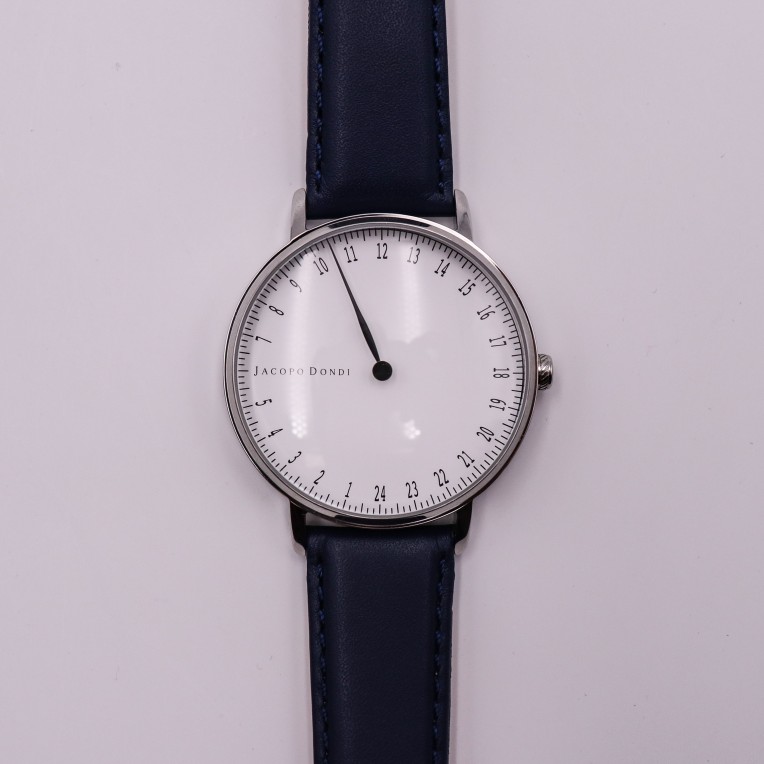 The case of the watch is made of 316L stainless steel. The case is very well machined with nice lines, no problems there. The finishing on the case is high-polish, which is also done very good. The case is round with small lugs. I think the watch looks bigger because of the very small lugs. The case diameter is 42mm, the thickness is 12mm (with dome crystal), from lug to lug it measures at 50mm and the lug width is 20mm. Overall the watch on paper sounds like any modern watch, but in reality, it actually wears a bit bigger than it is. I can wear a 42mm watch without any problems, but this one on my wrist feels more like a 44mm watch. At 3 o’clock we have a small push-pull crown which is signed on top. The crown, in my opinion, looks a bit too small, but it isn’t too hard to pull it out to change time. I also like how the gearing is done on the movement as setting time is very fast and easy. The solid screw-in case back is kept very simple with some specifications engraved around the edge and Jacopo Dondi logo in the middle. The water resistance is just 50M (5ATM) which is ok for this kind of watch. It will survive rain, handwash and any other daily water, but just remember to take it off when you go swimming! On top of the watch is a domed mineral crystal which is a shame, I would like to see a sapphire crystal on it, but I guess the price would be higher than it is now!

The dial is probably the simplest I had here on this blog. The dial is flat white with black printed 10min increment minute track around the edge with 24-hour Arabic numerals. At 9 o’clock we have a Jacopo Dondi logo printed on. The polished silver hour hand is very legible and easy to see on the dial with a sharp end to help with precision. The dial is very easy to read, everything is visible. I actually have been spending a week with this watch on my wrist and I actually got used to it and can look at the dial and tell time immediately. I get that they tried to make this as minimalistic as possible, but I think it need something more on the dial. I, for example, would love to see a lume on all the markers, minute track and hand. Or maybe a field/military type version of the same watch. 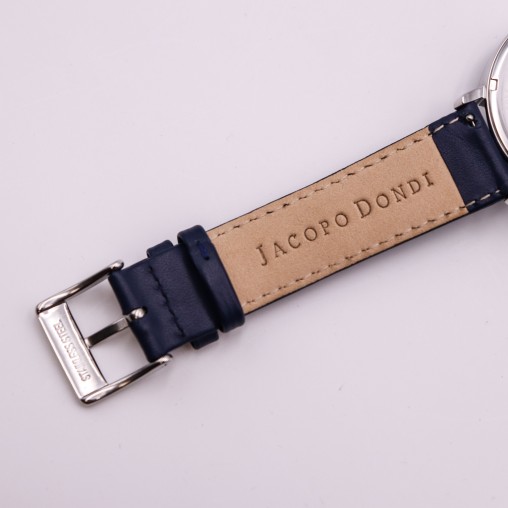 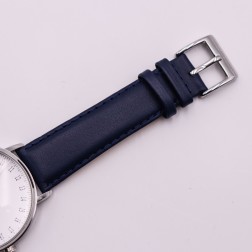 The movement inside is a Swiss-made quartz Ronda 515.24H which was also in my Botta Design 24h watch and it worked flawlessly, actually, the battery lasts pretty long on these ones, mine lasted around 4-5years although they say it lasts 2-3 years. Nothing much can be said about this movement, it is quartz and made in Switzerland, what’s more, to say? You just can’t go wrong with Swiss quartz movements!

The strap on this example is a navy blue leather strap with blue matching stitching. The strap isn’t the best, but isn’t the worst too. The leather is very smooth and the strap is very supple so you won’t have to wear it in for it to be comfortable. The underside is beige and signed with Jacopo Dondi logo. The tang style buckle is made of 316L stainless steel and is signed. The strap also features the quick release spring bars which make changing the straps a very fast job. On the wrist, the watch feels pretty comfortable as despite the big size it is pretty light. 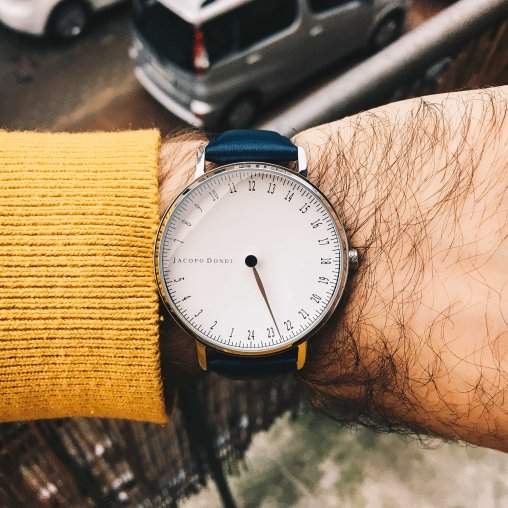 Overall the watch is pretty great for the price. All their 24h watches are up for pre-order for 240$AUD, but right now they have a sale for 180$AUD which is really cheap! Yes, it has some things that I don’t like the big case or mineral crystal, but for the price, I wouldn’t bother much! It is an interesting watch as there aren’t that much 24h dial watches and actually when I wore it for a week, it got a lot of attention from my friends and watch people! If you are looking for an interesting watch or a weekend, laidback watch, this is it!