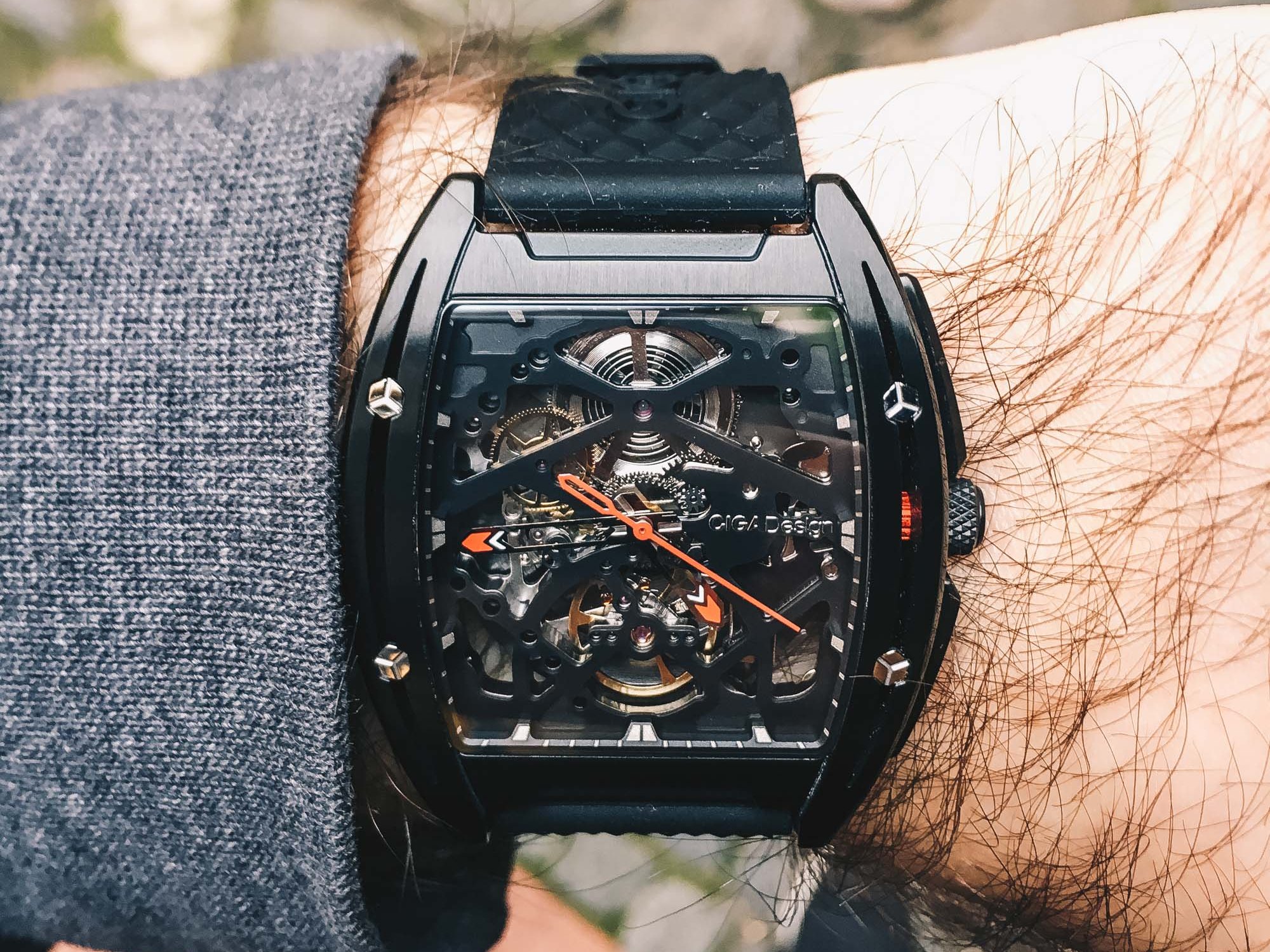 Ciga Design may not be the one you’ve probably heard unless you follow and read all the watch news. But it sure is making some serious watches that have been getting many awards! Ciga Design was established in November 2012 by Zhang Jianming, an accomplished designer with over 30 years of experience in industrial design and is known for being in the top ten designers in China. Ciga Design is actually made by Xiaomi, a well-known electronics maker! Just a mere one year after founding Ciga Designs their first watch was created and went on to win the prestigious Red Dot Design Award. The accolades didn’t stop there as in 2014 they became the first Chinese watchmaker to be exhibited in the Brand Hall of Baselworld. Three years later in 2017, Ciga Design won an iF Gold Award and in 2018 were one of the most successful crowdfunding campaigns reaching 1835% funding.

When the brand came out I actually discovered it through my friends Jody “Just One More Watch” review and I found it very interesting. The design is quite similar to Richard Mille actually, but not quite, they also have some other round designs, but this is their most popular model. Also, another thing that many don’t know about this brand is that it actually is under Xiaomi brand.

The watch came in a very interesting box, or should I say book. I like when companies get creative with packaging and this one didn’t disappoint, but the only thing that I would suggest Ciga is to add the English language to their packaging, it would look a bit more attractive to consumers as people still have that “everything from china is poorly made” thinking. Inside the packaging, you will find instructions, silicone strap, leather strap and warranty card. The first impression of the watch is great! I love these crazy designs.

The case of the Z-series DLC is made of 316L stainless steel which is DLC coated in black colour. The finishing on the watch is satin-brushed and polished. The case also has a 180 point anti-fingerprint plating which helps it look better on daily basis. The case is 40,8mm wide, from top to bottom it measures at 48mm and the thickness is 12,3mm which I think are great proportions! The case has a tonneau or how some call it barrel shape like a Richard Mille watch. The case is partially skeletonized/hollow and made from several parts like a sandwich. Via the slits from the top, you can also see part of the crown stem which is a design element all on its own in red anodized colour. The right-hand side of the case is where you’ll find some very robust crown guards which are integrated into the side of the watch. These are then flanked by more of those shiny cubes. This is probably my only problem with the design, and I think these two kind of upsets the whole flow of the design this watch has. The crown is a simple push-pull affair and is signed as well as featuring a nicely knurled grippy texture which makes it easy to use.

On the left-hand side of the case, you’ll find some Ciga Design branding. I actually hate when brands do that, I think they should’ve kept it simple or maybe added the same design as on the right side. The design pattern mimics the crown guards without them being integrated there. On the back of the case, you will find a flat mineral crystal that acts a viewing window to see the rear side of the Seagull movement and the custom DLC coated rotor. The case back is held in via four screws and features a similar finish to that found on the front of the case. You’ll also find some nicely engraved information on the watch. On top of the watch we have a Sapphire crystal which is 1.2mm thick which is impressive in its own right, but that’s not even the best thing about it. The crystal has a slight curve to it and it flows very nicely with the curved case shape. The water-resistance of the watch is 3ATM (30M) so better don’t get close to water, some handwash or rain isn’t a problem, but more than that would damage the watch!

The dial is skeletonized, so basically there is no dial. The markers are integrated together with the movement. The index hour and minute hands are partially skeletonized with red insides. The second’s hand is red and has a skeletonized counterweight. The dial or should I say movement looks pretty good from far, but in my opinion, they should’ve customized the movement more, for example making the movement darker so that you can see the hands better in day to day situations. In my opinion, the watch needs to have a legible dial, the looks can be whatever you like, but you should see the time as it is the watches number one feature. If you can’t see time just taking a glance at the watch, then it isn’t a watch in my opinion, but a fashion accessory. This one has a semi-legible dial as you can see the time, but only when you get used to it.

Inside the Ciga Design Z-Series beats a Seagull ST2553JK which is a 25 jewel movement that has a beat rate of 21600/hour, a hacking seconds, automatic and manual winding as well as a quoted power reserve of 40 hours. This is the first time I have tested a watch with movement. The promised accuracy is from -10 to 15 sec. a day, and mine has been within these tolerances at about +10 seconds a day! One thing that surprised me was that it promises a 40hour power reserve, but my sample has 50-51hour power reserve. When you wind the movement it feels solid, and there is plenty of audible, tactile and visual feedback, yes you can see the spring tighten as you wind which means you can never really overwind the watch which is useful for beginners who haven’t had a mechanical watch in their collection before. In use, setting the time feels and looks great, you get some nice feedback that feels smooth and not grating, the hands turn smoothly and quickly yet not too freely. As there is no date you only get two positions. One is pushed in and this allows you to manually wind the watch, the second is pulled out which hacks the seconds and allows you to set the time, it’s quite straight forward.

The Z Series will come with two sets of straps. The main strap is a black silicone that has the same cube design as you’ll find throughout the watch and it kind of looks like a golf ball pattern. The second is a leather one that. The leather strap isn’t that great actually, it’s a black faux crocodile print and feels a bit stiff and plasticky, like the ones you will find on a very cheap watches that you buy from Aliexpress. The black silicone strap in my opinion is the best one to use as it will last a bit longer and it is very comfortable. The black silicone features the cube pattern like the rest of the watch, but they went an extra step with how the adjustment holes line up with the top of each cube, these small details are what you’d expect on higher-end watches. It doesn’t stop there either as you’ll see an even more complex design inside the strap along with some quick release spring bars. The top section of the strap features the branding, two floating silicone keepers and a signed black buckle. The only problem is that the strap is lint and dust magnet due to those small holes and the matte rubber. I wish they’ve made the strap with a higher grade rubber so it doesn’t collect that much debris. But none the less it was very comfortable in a day by day wear!

Overall I like the watch, but I was a bit disappointed about some things as I heard and read that most of the people who bought these, we’re very pleased with their watches. The quality is a bit lower than some watches in the same price or even lower. Of course Z Series has a very interesting and pretty complex design and I can’t imagine how they managed to make it for as little as it costs and makes money selling them, so kudos to them. Can I suggest it? Yes, but I would better choose the stainless steel or titanium version as they look a bit better.